Let’s say you bought something on credit but the vendor’s bill never showed up in your mailbox. You thought you hit the jackpot! But then, one day, the company woke up and now you find it’s time to pay the piper. How long can a creditor wait before attempting to collect on debt? 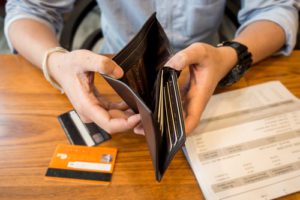 “I am often asked about New Jersey’s guidelines regarding collections,” says Joel R. Spivack, Esq., an experienced bankruptcy and debt lawyer in Cherry Hill, NJ. “Basically, people ask because they had not heard from a creditor in a while and then read on the Internet that they are not liable after a period of time if the creditor doesn’t collect.”

Every state in the country has its own statute of limitations codes. New Jersey’s is fairly straightforward in that the four areas of collection covered by the code all have the same statute of limitations on contracts – whether they are oral contracts, written contracts, a promissory note or an open-ended account. Once six years has passed without the creditor attempting to collect the money due, they will not be able to go to court to demand you pay.

However, many people think they are “safe” when six years pass, but later are alarmed to find out, many years earlier, a default judgment was entered against them because they didn’t respond to a complaint to collect the debt. The statute of limitations on a judgment is 20 years – not six. Further, a creditor can renew the judgment.

Also, he said, there is an exception to NJ Statute of Limitation law. “The six-year statute of limitation does not apply to contracts between merchants or a sale of goods under NJ’s Commercial Code. Those limits are four years, which can be altered by the parties.”

If you are getting calls from a debt collector trying to collect money on a debt that is older than the statute of limitations, they are in violation of the Fair Debt Collection Practices Act. Talk to Mr. Spivack about your rights when it comes to any debt-related issues. Contact him today for a free consultation about your case.