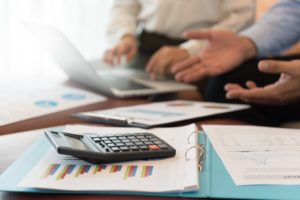 Many middle-class Americans – or more particularly, those who make between $35,000-$150,000 a year – admit to feeling stressed about their financial situation on a consistent basis. This may not be surprising for those who make a lower than average income, as lower earners typically worry about their financial situation on a regular basis, but it comes as a shock that even the middle-class Americans at the higher end of the earning capacity regularly share the same stress  — many of whom seem to be doing pretty well for themselves.

So, Why So Much Stress Over Finances?

The 48% of middle-class Americans surveyed between the ages of 25-65 in a newly released MassMutual study, the majority stated that the fact that they feel unprepared for retirement is among the top reasons for the stress they feel over their finances. Also among that list of stressors were health care costs and overspending. In fact, many Americans admit to having less than $1,000 in their bank account at any one time. Simply put, middle class Americans are not ready for retirement, nor are they prepared for any financial emergency that may come their way, such as encountering a major unplanned expense or falling ill and struggling to pay their medical bills.

How Can You Reduce The Stress Over Your Finances?

Maybe you’re in need of an emergency or retirement fund, or could simply like to take the necessary steps towards improving your finances and thereby eliminating some of your fears. If you’re stressed about money but are bringing home a decent salary, there are real opportunities out there that could help you overcome these obstacles and lower your stress in the process.

Let’s start with retirement. 401(k)’s are a great way to start a retirement fund, though they are also good for emergency funds as well. The key to a successful retirement fund is to look at your minimal expenses, ones that are under $100 a month, and try to eliminate as many of the extraneous ones as possible. Maybe instead of buying lunch every day during the work week, you start packing your lunch instead, and put the $100 a month you were previously spending on food into the 401k account instead.

Maybe you’re a little more fortunate, and are able to put 10% of your earnings into a retirement account. Assume that account has a 7% annual return, this means that you would have a whopping $500,000 to work with in about 35 years. Basically, the key to any savings plan, whether it be an emergency fund, or retirement, is to put money aside every week or month (in an account that compounds the interest), and to watch it add up without dipping into those funds prematurely.

Not so worried about retirement yet? Maybe consider having three to six months’ worth of living expenses in the bank in order to protect you from immediate unforeseen circumstances. Whether it’s a serious medical condition or a layoff from work, if you work on building that safety net slowly, you can avoid going into debt when the unexpected occurs and leaves you struggling to make ends meet.

Maybe you’re already in debt and need a way to get out. If this sounds like you, you should contact The Law Office of Joel R. Spivack today. Esteemed attorney Joel R. Spivack, Esq. specializes in bankruptcy, and will give you the honest opinion that you need and deserve in order to find the best option for your financial future. Contact his office today for a free consultation.