Can You File Bankruptcy to Clear Court Fines? 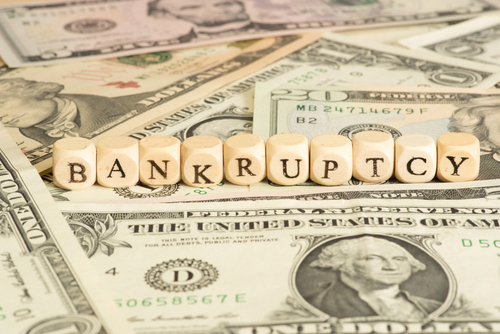 Bankruptcy gives a fresh start to individuals underwater with their debts, but not all debts can be discharged through filing a bankruptcy.  Attorney Joel R. Spivack has extensive bankruptcy law experience and can help you understand whether your court fines are dischargeable under the Bankruptcy Code.

Can You File Bankruptcy on Court Fines?

Most bankruptcies end with a discharge of the debtor’s remaining debts. At the end of the bankruptcy, the discharge erases the debtor’s personal responsibility for repaying these debts. Plus, creditors are not allowed to take any action to collect on discharged debts. However, not all debts are dischargeable, including court fines.

As a general matter, court fines will not be discharged in bankruptcy. However, it depends on the type of fine and type of bankruptcy you choose to file.

Debts Exempt from Discharge in Chapter 7

The Bankruptcy Code lists 19 types of debts that are not dischargeable in bankruptcy for public policy reasons. According to 11 U.S. Code § 523(a)(7), a debt will escape the bankruptcy discharge if it is:

The Supreme Court expanded this definition in 1986 to include criminal restitution obligations that are arguably compensatory in nature. The Court explained that “any condition a state criminal court imposes as part of a criminal sentence” should be preserved from discharge. As a result, whether your court debt can be discharged depends on whether it was meant to serve as punishment, reimbursement, or restitution. Even if your sentencing order did not break down the costs, the court could examine the nature of the fine to determine whether the debt is partially dischargeable.

Fees and fines that are established to serve a punitive function are generally not dischargeable. This rule applies regardless of the civil or criminal context of the penalty. However, if you owe a debt imposed as part of a criminal sentencing order, you are not likely to escape the debt under section 523. The government specifically included these debts to prevent individuals from using bankruptcy as an escape from criminal punishment.

Fines imposed for reimbursing the government for an expense can be discharged since they are not punitive in nature. Criminal court debt that is purely compensatory or pecuniary, not punitive, or not payable to or for the benefit of a governmental unit may be dischargeable in bankruptcy. Typical debts that fall into this category include administrative fees, collection costs, and interest on dischargeable debts.

Can You File Bankruptcy on Restitution?

Fines and Penalties Subject to Discharge Under Chapter 13

Chapter 13 discharges a slightly broader range of debts than Chapter 7. According to section 1328(a)(3), “restitution, or a criminal fine, imposed as part of a sentence imposed on the debtor’s conviction of a crime” is non-dischargeable. As such, court fines are generally dischargeable upon successful completion of a Chapter 13 plan unless issued in a criminal sentence. The narrow definition of a “criminal fine” under section 1328(a)(3) follows Congressional policy encouraging debtors to file under Chapter 13 rather than Chapter 7.

Other Ways Bankruptcy Can Help with Court Fines

Unfortunately, penalties issued as punishment are not likely to be discharged. However, filing for bankruptcy can help you in other ways. A Chapter 7 liquidation can ease the burden of many consumer debts, freeing your income up so you can pay your fine. At the end of the Chapter 13 plan, non-criminal cases that are not able to be discharged may be eligible for release. In both cases, your lawyer can help you argue that the debt should be classified as a dischargeable debt.

Like many legal problems, your individual circumstances determine the answer to the question, Can you file bankruptcy on court fines? If you owe a fine, penalty, or restitution from a criminal sentence, a lawyer can help you understand your options. The attorneys at the Law Office of Joel R. Spivack have experience with the types of fines and penalties that are dischargeable. We can help you understand your options and fight for your rights.