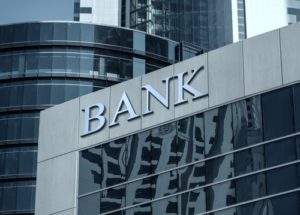 Choosing to file for bankruptcy is never an easy decision. But choosing to do so is meant to serve as a second chance for those in financial disarray. There are many options for filing for bankruptcy and none include your bank trying to pull a fast one on you.

Unfortunately, such was the case for a New Jersey man after filing for Chapter 7 bankruptcy. The man had filed for bankruptcy in 2013 and came to an agreement with the bank for a fresh start that let him keep his home. All payments were made but three years later the bank attempted to put the house in foreclosure due to nonpayment.

To no surprise, the New Jersey man was beside himself with ire, unable to fathom what was happening with the bank and his home.

The man was responsible with all of his payments, keeping an up-to-date record of what he paid and what it was supposed to be for. Prior to the foreclosure attempt in 2016, the man had noticed something funny about the property taxes and back taxes collected with the mortgage.

Noticing the numbers were inflated by thousands of dollars, he contacted the bank and together they tried to determine the correct numbers. After receiving a spreadsheet of his past payments, the man noticed that only part of the money he had been paying was marked down and the rest was nowhere to be found.

The bank said they would work to figure out what had gone wrong and get back to him with a resolution. That call never came and eventually a “Notice of Intention to Foreclose” was posted on the couple’s home in June of 2016. From there, the New Jersey man’s steps were to hire an attorney to help get to the bottom of the matter.

While he finally made some headway and the bank located the “missing funds”, they came back with a copy of a loan modification and a cover letter, saying that they wanted to redo the note. The man refuses to sign the new mortgage, instead, he will look to another attorney with the intention to file suit.

It is no surprise this New Jersey man resorted to legal action. As stated earlier, filing for bankruptcy is meant to be a fresh start and help those in a difficult financial situation — not further mess with your money.

If you are looking to file for bankruptcy you should hire an experienced attorney like Joel R. Spivack. The New Jersey bankruptcy attorney will make sure no one tries to “pull one over” on you. He is also knowledgeable about real-estate related services for people facing financial difficulty.

Do not waste another minute. Contact the Law Office of Joel R. Spivack for a consultation at 856-488-1200 or by filling out our online contact form today.

The articles on this blog are for informative purposes only and are no substitute for legal advice or an attorney/client relationship. If you are seeking legal advice, please contact our law firm directly.